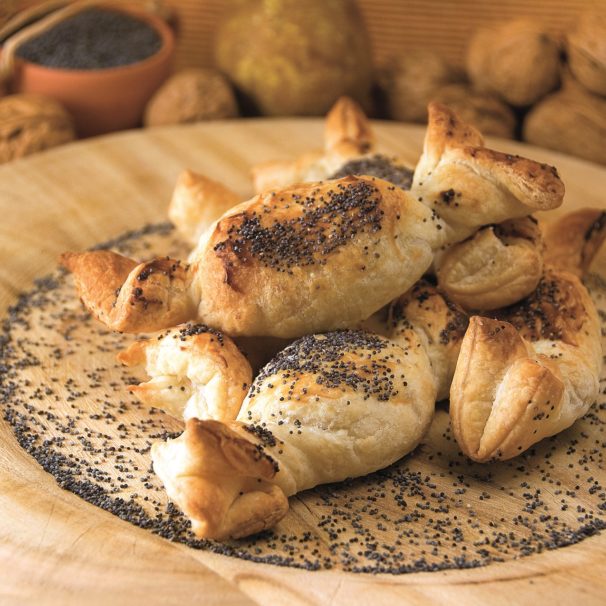 1. We switch on the oven at 200° C, static function. We put the ricotta in a colander and let it drain for a few minutes.

2. In the meantime, place the puff pastry on a slightly floured parchment paper. With a rolling pin, lightly roll out the puff pastry disk, trying to make it square. From each disk we get 15 parts of the same size.

3. Grate the pecorino with a large hole grater. Place it in a bowl and work it together with the ricotta, adding a pinch of salt and pepper.

4. Peel the pear, remove the core and cut it into cubes. We pour the cubes into the bowl with the pecorino and ricotta. We mix well.

5. Place a teaspoon of mixture in the center of each rectangle of pasta. We roll the dough around the filling and then close the sides, like the paper of a candy.

6. We beat the whole egg in a small bowl and brush it over the candies. We sprinkle with poppy seeds and bake for 15 minutes.